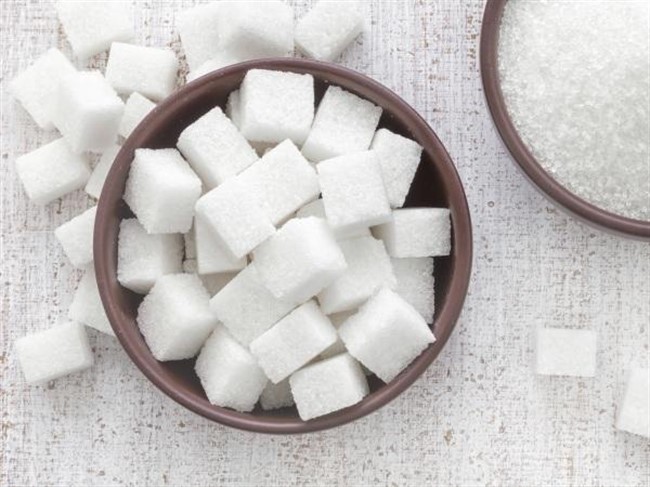 Why is Sugar so addictive?

Hand up if you’re addicted to sugar or you have been! Why is Sugar so addictive?

Lets face it we’ve all probably been there at some point. Sugar is so addictive, you eat one line of milk chocolate and then you end up eating the whole bar. I’m so guilty of this but ‘naughty’ treats taste so good. Why is it that things that aren’t so good for us taste soooo good?

Over the years there have been articles stating that sugar is just as bad as drug abuse (Yep that’s right – http://www.independent.co.uk/news/science/sugar-has-similar-effect-on-brain-as-cocaine-a6980336.html). Sugar has been found out by health professionals to be one of the reasons why there has been a sudden rise in diabetes, obesity and cardiovascular diseases. In 2012 Diabetes UK, announced that diabetes rates in the UK had more than doubled since 1996, and 2.9 million individuals had been diagnosed with diabetes. They estimated then that the figure would increase to 5 million by 2025. Published on their site today they have forecasted that 11.9 million people are at a risk of developing type 2 diabetes  (https://www.diabetes.org.uk/Preventing-Type-2-diabetes/).

Back in 2014 I wrote my Uni dissertation on how Sugar affects blood glucose levels in healthy weight individuals. Before writing this I had no idea just how harmful sugar was to our health. Don’t get me wrong in certain situations sugar can be beneficial. For example I am still studying a Post-Grad diploma in Sports Nutrition, and for athletes sugar can be advantageous for performance, this all depends on nutrient timing along with a host of other factors. But that is a whole other subject. For the majority of us sugar has been found as being the enemy.

In 1972 John Yudkin was way ahead of the times and published a book called ‘Pure, White and deadly’. At that time fat was demonised as the bad guy, which meant food companies invented low fat substitutes containing high volumes of sugar instead. Yudkin was laughed at then, however over the last few years studies are beginning to demonstrate that people should have listened to Yudkin.

A call to reduce the amount of sugar in our diets

Since then there has been a call to reduce the amount of sugar in our diets. The Action on Sugar campaign have been very proactive to help deter people away from sugar, I really recommend that you check out their site to find out how sugar is affecting your health http://www.actiononsugar.org/Sugar%20and%20Health/150286.html

It’s the hidden sugars that really worry me. Pick up a packet of something and take a look at the ingredient list. If an ingredient contains ‘ose’ at the end of it then it is sugar. My general rule when reading an ingredient list is if it has something you don’t recognise, why put that into your body?

I’ll be honest; it’s difficult to wean yourself off from sugar but by making small lifestyle difference you can make a huge difference. I’m just like the majority of people, I love chocolate, desserts and cakes. I found that by substituting sugar with Luo Han Guo (aka Monk Fruit extract) has given me more energy, I haven’t felt the need to keep eating and I know it’s better for my health long term.

If you’re intrigued to know more on sugar, here are a few interesting articles:

How much sugar is hiding in your food?

John Yudkin: the man who tried to warn us about sugar

How to do a sugar detox: 10 signs you’re addicted to the sweet stuff – and how to cut it out

What is Monk Fruit?

Sign up to our Newsletter for latest offers, recipes & News!