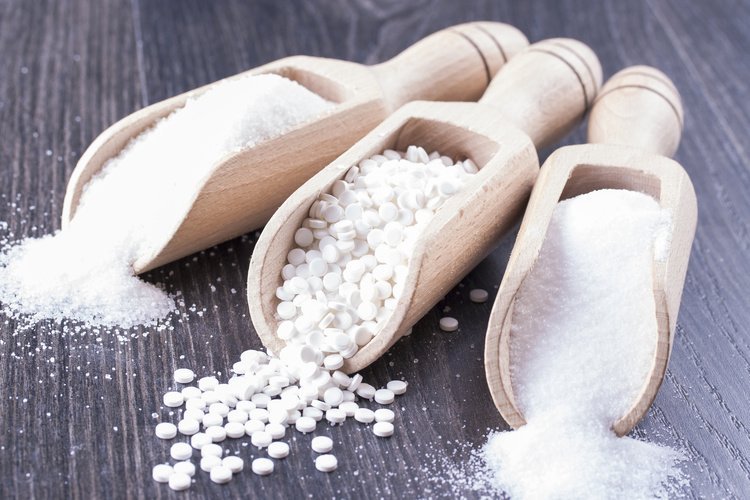 Monk Fruit vs Other Sugar Alternatives

Artificial Vs Natural Sweeteners: Why Lo Han Guo (aka Monk Fruit extract) is the best

Artificial Vs Natural Sweeteners, why Lo Han Guo (aka Monk Fruit extract) is the best.

Probably the most widely used sweeteners, most commonly used in diet drinks, protein powders and packaged foods. Although some articles suggest that aspartame  is the most dangerous substance on the market! Symptoms associated with artificial sweeteners include headaches, irritability, nausea and insomnia (www.articles.mercola.com, 2011). Research suggests that artificial sugars can lead to over consumption of food. Which in turn leads to weight gain due to their association with sugar cravings (Yang, 2010).

Although a better alternative to table sugar, at the end of the day it is still sugar. Coconut sugar is made up of 71% sucrose (table sugar), 3% pure glucose and 3% pure fructose. Studies have shown that coconut sugar can reduce blood glucose levels compared to sugar as it contains inulin (Trinidad, 2015). Nevertheless there is still a rise. Hence, a better alternative to sugar but if consuming regularly and/or in high amounts it may not be as healthy as implied.

Agave is produced from a cactus-like plant, once believed to be a ‘healthy’ sugar alternative. However, new methods of extracting this syrup means that it is very similar to high fructose corn syrup. Although fructose is a slow releasing sugar it does have a negative influence on insulin resistance, which raises the risk of diabetes. Research also demonstrates too much fructose can also be detrimental to oral health (Gardner, 2017).

You may have come across xyitol in sweets and sugar-less chewing gum. Xylitol is found within fruits and vegetables in very small amounts, which is very safe. However when consumed in high amounts, some have complained of certain symptoms including bloating, gas and diarrhoea.

Stevia is extracted from the leaf of the Stevia plant. This natural sweetener is regarded as safe, although it has come under some scrutiny due to bitter aftertaste and gastrointestinal (bloating, tummy upset ect.) issues.

Clever marketing ploys are used to make consumers believe that by swapping from sugar to other forms they will reduce their sugar intake. However they’re really just that, other forms of sugar (Diabetes UK). Don’t be fooled that if you replace sugar with these sources you will be reducing your blood sugar levels and risk towards type 2 diabetes.

Why Lo Han Guo (aka Monk Fruit extract) is best

Lo Han Guo or Monk Fruit has been shown by studies to contain anti-inflammatory properties. Which in turn reduces the risk of cardiovascular diseases, digestive problems (e.g. IBS) coughs and colds (Di et al, 2011). Lo Han Guo has also been shown to have a positive effect on managing blood glucose levels. Great news for those effected by diabetes (Ying et al, 2009).

If you have not yet tried this great sweetener for yourself, why not give it a try! Buddha Fruit supplies 100% Monk Fruit extract in two specifications. Don’t be fooled by other manufacturers who add maltodextrin, inulin etc to bulk they’re product with cheaper fillers.

What is Monk Fruit?

Sign up to our Newsletter for latest offers, recipes & News!